Most often cluster headaches wake you up in the middle of the night with excruciating pain surrounding one eye.

In periods of frequent headaches known as clusters, headaches can last from weeks to months, usually followed by periods of remission.

What Are Cluster Headaches?

Cluster headaches are generalized headaches caused by nerves in the face, scalp, and temples. Its name is derived from the fact that they tend to occur in clusters or groups. During a cluster cycle, brief, excruciatingly severe headaches recur between 1-8 times per day. Cluster cycles can last for weeks or months, followed by remission periods or periods of headache freedom, usually lasting months or years.

A cluster headache is often said to be the most painful of all headaches; it has been described as “boring,” “burning,” “like a hot poker in the eye,” and as “suicide headache.” It is possible to experience severe pain from cluster these headaches.

There is a high incidence of cluster headaches between adolescence and middle age, though the condition can occur at any age. These are rare, suffered by only 0.5% of the population, and are four times more likely to occur among males than females.

Cluster headache pain concentrates in one part of the head, usually in the orbits and suborbital regions. The pain experienced is generally severe.

The condition is characterized by symptoms that occur on the same side of the head where the pain is located and can include tearing or red eyes, a runny or stuffy nose, and sweating or flushing of the face. People who are suffering from headaches may develop droopy eyelids or smaller pupils during attack episodes. Compared with migraine patients, cluster headache patients tend to be restless or agitated during attacks; they rarely lie down or stay still during attacks. In contrast to migraines, cluster headaches mostly affect young males between the ages of 27 and 31.

Cluster attacks commonly occur overnight, waking people from sleep. The pain is described as “episodic” when the attacks, lasting between seven days and a year, are interrupted by pain-free periods lasting one month or longer between each attack. Cluster headaches are classified as “chronic” if they occur more than one year without remission or if remissions last less than a month.

Migraines are often caused by peripheral nerves of

Clinical migraines are a disabling condition that 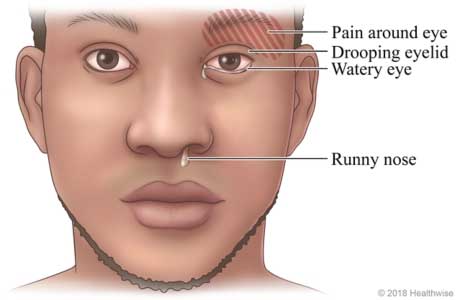 What Are Some Recommended Treatments for Cluster Headaches? 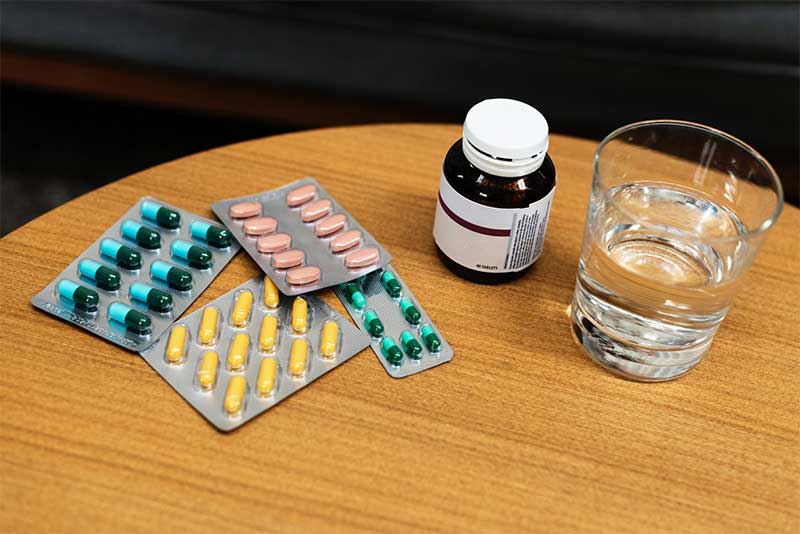 Pain medication works by relieving your headache pain once it has started.

Oxygen: Breathing pure oxygen when a headache starts can reduce the symptoms.

Preventive medications stop headaches before they start. There is no guarantee that these medications will rid you of your headaches entirely, but they may reduce their frequency. Among them are:

Migraine Surgery is a last resort for disabling the trigeminal nerve. Some patients will experience permanent pain relief from the surgery.

Cluster headaches are rare among primary headache disorders. It is important to recognize the need for treatment. Due to the high frequency of attacks, patients with cluster headaches benefit from preventive therapies.

REVIEW US ON GOOGLE!

As the global pandemic of Covid-19 continues to spread, there are legitimate concerns about the risk posed by the virus. While the vast majority of cases result in only mild symptoms, there is a small risk of more serious complications, including headaches.

The Mysterious Manifestation of Orgasm Headaches

A severe throbbing sensation suddenly occurs in your head as you are about to orgasm in the heat of the moment. There is a pain for several minutes, or perhaps it persists for a few hours.   Orgasm headaches can happen right before or after sexual release and are a rare but harmless type of

What Are Migraine Headaches?

Patients who suffer from migraine pain experience the effects from a physical standpoint and the loss of work, family time, and daily pleasures. Annually, American businesses struggle with over $13 billion in migraine-related expenses. A migraine sufferer alone misses over a week of work every year. Among migraine patients, 39% report severe impairment in daily